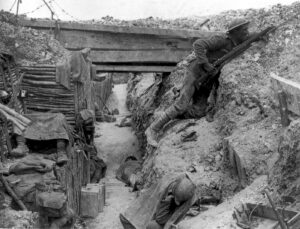 Life in the trenches of World War 1 sucked. It was almost always wet, and the constant sounds of shelling & gun fire drove many men insane. There is a great documentary called “Digging Up the Trenches” where a team of archeologists dug up the front line trenches of the both the Allies & the Germans in Ypres, Belgium.  I’m including it here, even though my kids likely won’t want to watch it, because I thought it was very well done. 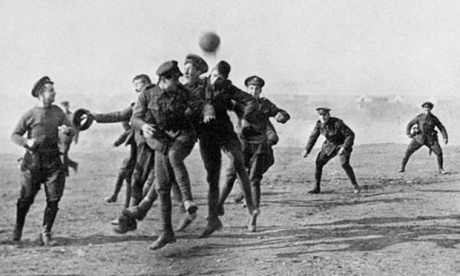 Just about the only highlight to come out of the trenches was the famed “Christmas Truce of 1914”.  This is when both sides came out of their trenches and played soccer in No Man’s Land for a while on Christmas day.  There was a crap-ton of information about this event put out just this last Christmas, because it was the 100 year anniversary of the event.  There’s a wonderful website – The Christmas Truce – that has alot of great information, and really, just hit up google.  You could not go anywhere this past Christmas and not hear this story.