Five years ago today, some bad guys did some really bad things. These bad guys didn’t like America very much. They took some big airplanes and crashed them into the talest buildings in New York. Lots of babies lost their mommies and daddies that day. 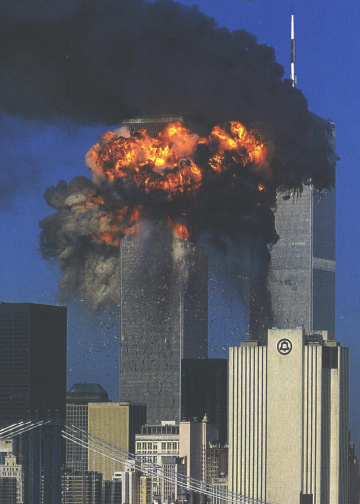 Those bad guys also crashed a plane into our Pentagon, the place where our military leaders live.

More bad guys tried to put another plane into the Capitol building, but the very brave men and women on Flight 93 didn’t let them. Those brave people fought back. They took over the plane, and stopped the bad guys. But those brave people didn’t know how to fly a plane. So they found an empty field, and crashed their plane there, so that no one else would get hurt.

But the story doesn’t end there. President Bush declared that we would get the people who did this to us. We would find the bad guys who helped this attack happen. So our Soldiers, Sailors, Airmen, and Marines were sent to a country in the continent of Asia, called Afganistan. Our military men and women took the fight to the bad guys, so that the bad guys couldn’t come back to America and hurt us again.

Our military was also sent to another country in an area called the “Middle East”. There was a big bad guy who was giving other bad guys money to do their bad things. But our military caught him. And now that big bad guy is in jail, and can not help other bad guys anymore. Our military is still fighting, to get the bad guys, and keep them busy over in the countries of Iraq and Afganistan, so that the bad guys will have a hard time coming back here to hurt America again.